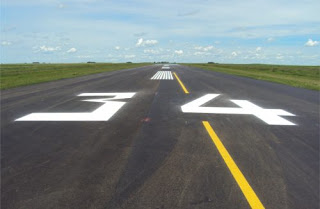 Back in the early 1980s, Beiseker Mayor John Richter, deputy mayor Dan Benoit and myself decided to approach the provincial government and ask them to build a airport near our village as part of the provincial municipal airport project initiated by Premier Peter Lougheed.

The province asked us to create a association of municipalities in our area, which could support a small airport. An airport association was created involving the villages of Acme, Beiseker, and Irricana plus the Municipal District of Rocky View (now, Rocky View County). After much planning and negotiation, a site was chosen for the new airport and the Association became the Airport Commission.

Under the leadership of the provincial Transportation  Department, the new airport was constructed and an AVPA was created for it. The Airport Vicinity Protection Area was designed to make sure that all buildings and all developments around the airport would not interfere with the airport's operation nor would the airport interfere with that development.  Any development in the AVPA and not following its guidelines had no recourse in the case of a disagreement.

The new airport became home to recreational flyers, who built small hangars for their airplanes and enjoyed the camaraderie of the small airport group. It was decided that the Village of Beiseker would provide the day to day maintenance for the airport, and each of the other members of would contribute a small amount supporting that operation.

Each village and the M.D. gave the airport commission a very small amount of money to accomplish this. Those funds, and the money collected from the leaseholders, contributed to the maintenance and operation of the airport.  The airport was still located with the Municipal District, and therefore all development permits and tax collection was to be done by them.  In those early days, the Village's contribution to maintenance and operation costs at the airport equal to about one half of 1% of Beiseker's yearly budget.

After several years, disagreements and legal challenges between the Association, the Municipal District, and one of the tenants at the airport forced the other three members of the Association to withdraw from the commission. This left Beiseker on its own to maintain and operate the airport.

The airport sputtered along for many years seeing little development and almost no maintenance. The village made little investment into the airport, but volunteers stepped up to keep the airport operational.  Eventually, the difficult tenant left the airport and operations there began to improve.

The provincial government eventually asked the village of Beiseker if they would be interested in taking over ownership of the airport. Village council indicated they would not be willing to take over the airport, until the neglected runway had been resurfaced. The province agreed and did resurface the runway and pave the main taxiways.  Rocky View County also agreed to provide a portion of the property tax collected at the airport back to the village for operations and maintenance.

The future of this important Beiseker facility was looking quite positive!

An airport is an important facility to any community it serves.  Just like an arena, a swimming pool or a library, an airport adds to the fabric of any municipality lucky enough to have one!  When Beiseker was approved to get an airport, many municipalities were very jealous!  Ours was one of the last constructed under the program.  Beiseker has continued operating and maintaining the airport which does bring in some commerce into the village at very little cost.  In fact the cost to taxpayers to operate the airport has been almost nil for many years.

At present we have a skydiving/parachute facility, a pilot training school, numerous recreational aviation hangars and a café at our airport.  Much of the normal maintenance is still done by volunteers, saving the village more money.

Presently, the Village and the hangar owners are in discussion now to officially subdivide the airport lot into separate hangar lots then explore the possibility of selling some of the lots to hangar owners.  The runways, taxiways and other areas will  still be owned and operated by the Village of Beiseker.  I support this move, and I hope an agreement will be reached in the near future. Stay tuned!
Posted by Ray Courtman at 9:03:00 PM No comments:

Dissoution of Beiseker as a Municipality? 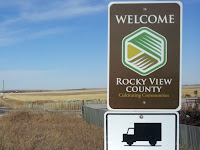 There has been some chatter around that our village should dissolve and become another part of Rocky View County. I personally think this would be a very bad idea!

Here are my reasons for keeping our village as an independent municipality.
Unlike many provincial  politicians, I believe that the small municipalities are a very important part of Alberta's structure. It was small communities that built this province long before megacities were even considered!

I know that many of these small communities have disappeared. Those that still exist have an important part in the fabric of Alberta. Congestion at all levels in the cities is getting unbearable! Smaller centers have an eager and talented workforce, land available for development, and far less traffic congestion. If the cities are the heart of this province then the small municipalities are indeed the other organs that keep this province alive!

If such a movement to dissolve our village as a municipality ever shows its ugly head, I will use every legal means at my disposal to fight that very shortsighted idea!
Posted by Ray Courtman at 11:13:00 AM No comments: 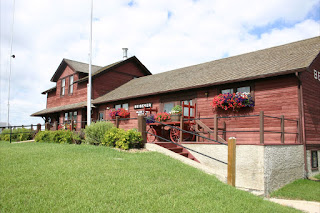 I am most concerned about our villages financial problems.

The property tax hike this year was, in my opinion, too high. Now we are being told that our village has operated at a deficit for many years!

During my term as mayor of Beiseker this village never ran a deficit! It is true that we chose not to fully address our Tangible Capital Assets and their depreciation. Which means that if the new airport runway surface suddenly crumbled, every piece of village equipment suddenly broke down, and every water pipe and sewer pipe in the ground sprung a leak all on the same day, the village would be in strife!

The chances of that happening are slim and nil! Several years ago, the provincial government decided that it would be good idea for municipalities to create a slush fund to pay for replacements of our equipment and infrastructure, and account for the depreciation of its assets.  It might've been a good idea for larger municipalities - but for small ones like ours, it was totally ridiculous. If you take into account the depreciation and replacement of our tangible capital assets, the village would be in a deficit!  However, in my term as mayor the village always paid its bills and we actually ran a very small surplus!

I think Village Council is getting some bad advice. I think they need to reread the entire Municipal Government Act and the auditor's reports from the last 10 years. Although I was one of five councilors, I was still hurt when I read that the former council was insinuated as being irresponsible in Beiseker's finances.  We did no such thing!

Every fall the Alberta Urban Municipalities Association holds a convention. They been held in Calgary, Edmonton, and recently again in Red Deer. Our village council has decided not to go to the convention this fall.  I think this is a very shortsighted decision, and needs to be readdressed!

The convention gives municipalities the chance to address government officials in person directly. There is even a session which permits municipal leaders to directly address the many newly elected cabinet ministers involved in their operation!

With the recent change of government, Beiseker needs to be seen and heard at this convention! Maybe just one councilor and the CAO should go, but someone needs to represent our village there!
Posted by Ray Courtman at 11:07:00 PM No comments: 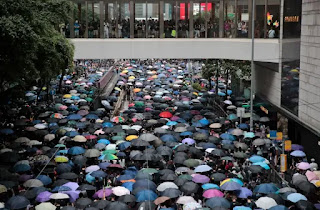 Many years ago my wife and I visited Hong Kong. We found it to be a exciting and vibrant city. It was under British rule that back then.

Since the Chinese government took over the British protectorate things have become tense and have recently boiled over in the form of demonstrations. I fear for the safety of those people living in Hong Kong!  The Chinese have demonstrated in Tienanmen Square that they are ruthless in suppressing any opposition to the official government. I fear thousands could be killed or seriously hurt if the Chinese army invades Hong Kong!
Posted by Ray Courtman at 9:59:00 PM No comments: 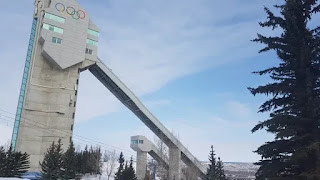 It appears quite clear to me that Calgarians are not willing to support the facilities left from the 1988 Olympics.

They turned down a bid to bring the 2026 Games to Calgary which would have rejuvenated those facilities.  They're refusing to help the bobsled track and the ski jump towers are already slated to be demolished.   I think the writing is on the wall!  Calgary has changed dramatically and Calgarians will no longer support these kind of facilities.  I think the bobsled track, the ski jump towers, and the other former Olympic facilities should be demolished.  The Olympic Oval may be the exception as long as the university is maintaining it.

Let Calgarians move on to whatever they're moving on to!  The "NO" campaigners in the Olympic Plebiscite will have suggestions on where Calgary should go from here!
Posted by Ray Courtman at 10:48:00 PM No comments: 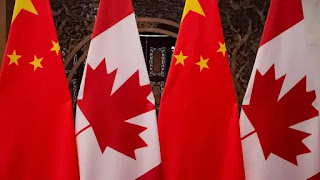 First they arrest a couple of Canadians on business in China, then they re-sentence another from a jail term to death!  Then the outlaw imports of some Canadian crops.  Now they claim our pork and beef is bad and not allowed into their markets.

All of this because we arrested some Chinese national on the request of American authorities because we had no choice under extradition laws signed by Canada and the USA!  Am I fairly accurate so far?

China will not back down!  I suggest that the Canadian Government financially help all those affected by this ridiculous squabble then help them go out and find other markets!  Maybe the Americans should help us here since it was their idea to arrest this Chinese national in the first place.
Posted by Ray Courtman at 9:20:00 PM No comments:

What's the Deal with Single-Use Plastics? 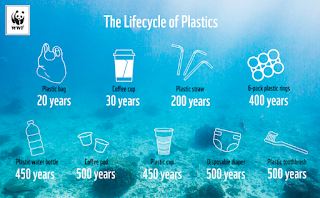 I'm having trouble understanding this single use plastic fruhaha.

Also, around the world there has got to be thousands of petro chemists working hard changing oil into all these useful items. Why can't some of them be employed by the manufacturers to change the single-use plastic products back to oil? Seems only logical that if you can change oil into something else you should be able to change that something else back into oil!
Posted by Ray Courtman at 10:24:00 PM No comments: 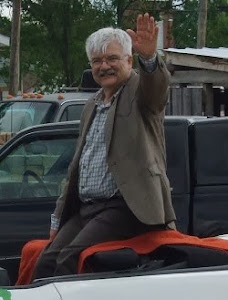